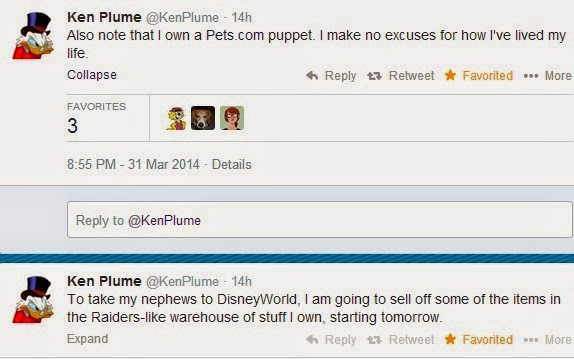 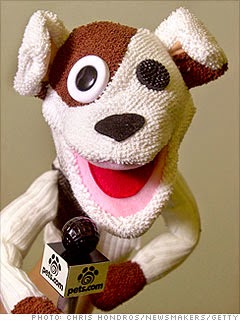 From wiki:
Pets.com hired the San Francisco office of TBWA\Chiat\Day to design its advertising campaign. The firm had recently created the popular Taco Bell chihuahua. For Pets.com they designed a doglike sock puppet that carried a microphone in its paw. The puppet, performed by Michael Ian Black (an alumnus of MTV's surrealist comedy sketch show The State), was a simple sock puppet with button eyes, flailing arms and a stick microphone emblazoned with "pets.com".
As the puppet's fame grew through 1999 and 2000, it gained almost cult status and widespread popularity. The puppet made an appearance on ABC's Good Morning America, Nightline, Live with Regis and Kathie Lee, and even had a balloon made in its image for the 1999 Macy's Thanksgiving Day Parade. In addition to the media appearances the Pets.com puppet made, merchandising was also done for the company including clothing, other trinkets, and a retail version of the sock puppet that delivered some of the puppet's famous lines.
The sock puppet toy was the last item available for order on the Pets.com site at the time of its shutdown in 2000.

Here's a montage of the puppet... watch it and watch eBay for a chance to buy Ken's puppet:

It might me the new Talking Dennis Miller.
Posted by Guy Hutchinson at 8:59 AM