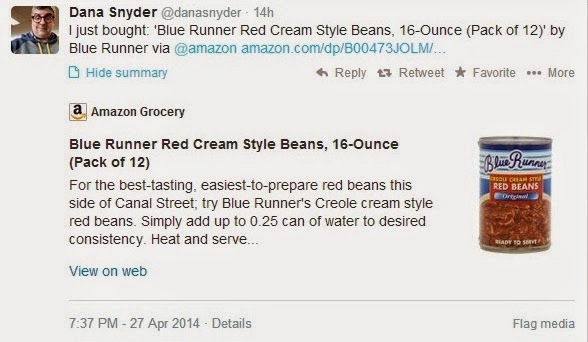 If Dana laid each bean end to end in Canal Street... PEOPLE WOULD THINK HE WAS CRAZY.

Canal Street is  is a major thoroughfare in the city of New Orleans. Here is a post card: 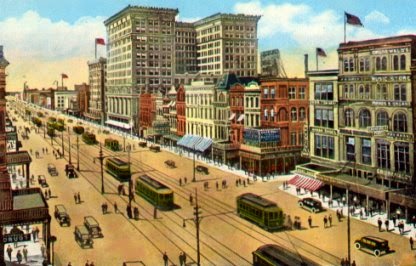 Blue Runner promises that these are the best tasting beans "this side of Canal Street." But Dana and I live on OPPOSITE SIDES of Canal Street so this makes NO SENSE AT ALL.

From the Blue Runner website:
It’s a tradition like no other in Southern Louisiana. It’s Monday. It’s red beans and rice. It’s what’s for dinner.

Red beans and rice became a staple Monday meal when Monday was washday. Since red beans and rice don’t require much attention (just a lot of time!), it became the ideal meal to sit simmering while the wash was getting done. While we don’t all spend Mondays doing laundry any longer, South Louisiana and New Orleans still loves that Monday bean routine.

Traditional pairings include smoked sausage, but tons of different foods go well with red beans and rice, whether it’s a pork chop, fried seafood, ham shanks, hot sausage, fried chicken/chicken livers. Top your meal off with some cornbread and greens, and you have a true New Orleans meal. 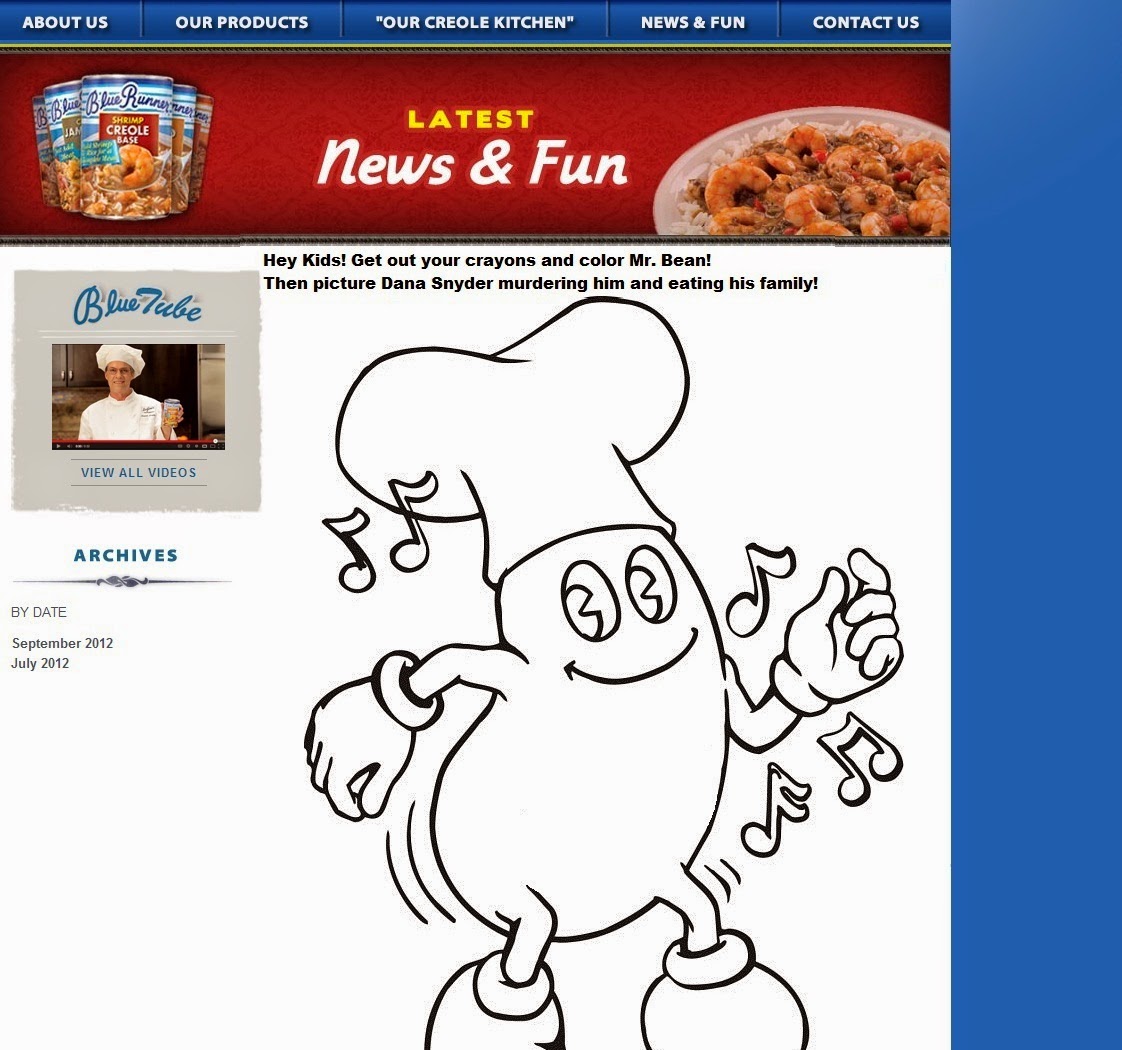 Slightly more chilling was this: 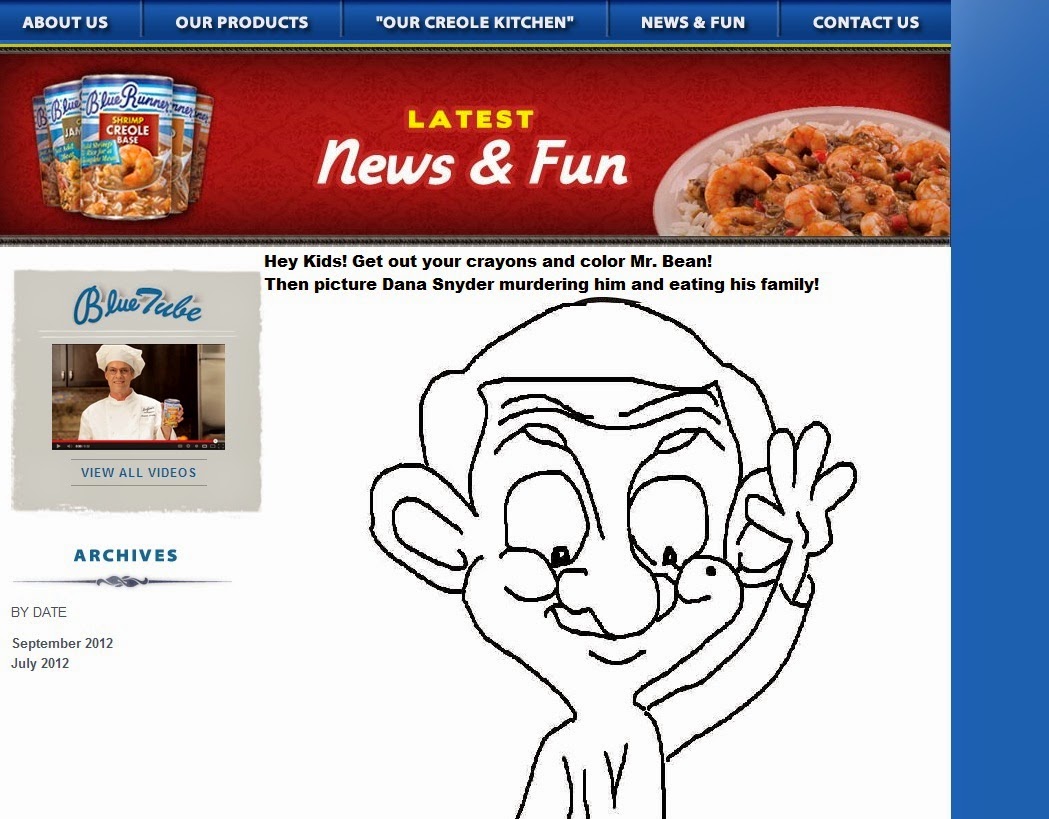 Order your Blue Runner beans here.
Posted by Guy Hutchinson at 8:32 AM

Maybe Dana is trying to emulate Louis Armstrong. Satchmo always signed autographs with the tag "Red Beans and Ricely Yours, Louis Armstrong." Or maybe Dana is getting New Orleans inspiration to play the Burl Ives Big Daddy role in a Cat on a Hot Tin Roof remake. Or the man just likes beans.