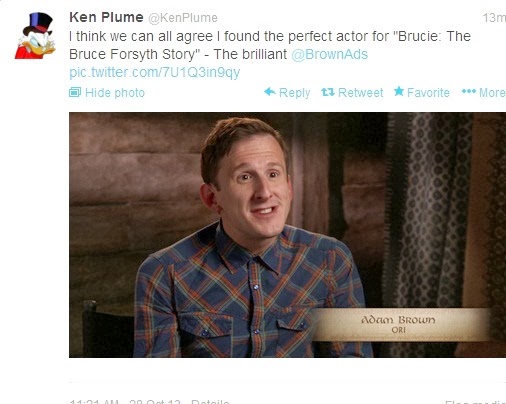 The actor in the photo is Adam Brown, who appeared in The Hobbit among other things. He does bear a resemblance to Bruce: 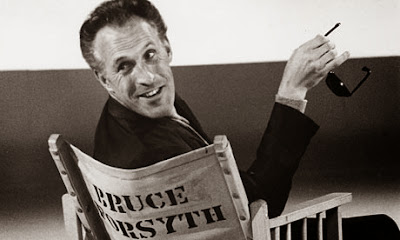 If you aren't familiar with Bruce Forsyth, wiki says:
Sir Bruce Joseph Forsyth-Johnson CBE (born 22 February 1928), is an English television presenter and entertainer whose career spans 74 years. He rose to fame through the 1950s series Sunday Night at the London Palladium, going on to present series such as The Generation Game, Play Your Cards Right, The Price Is Right and You Bet!. He has been co-presenter of Strictly Come Dancing since 2004. Forsyth is known for his catchphrase, "Nice to see you, to see you nice".

Here are some clips of him in action:

Posted by Guy Hutchinson at 9:40 AM