Dana as The Cowardly Lion

Over on the Arrow Rock Lyceum Theatre Facebook page they have posted some photos of Dana performing in The Wizard of Oz. 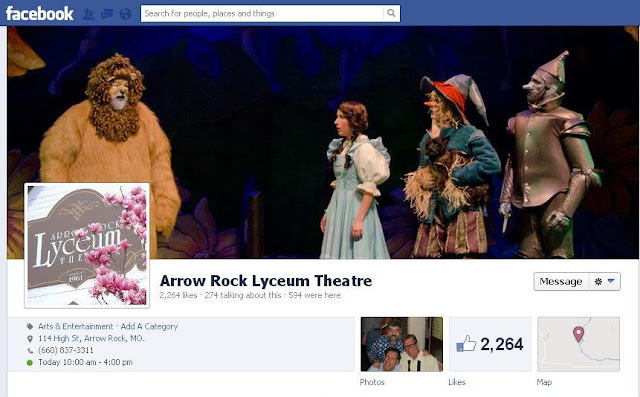 The story is bookended with Dana in the role of Zeke back in Kansas: 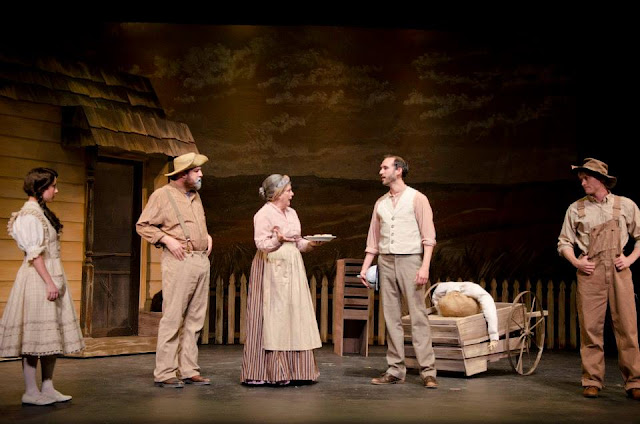 Then when we get to Oz we see Dana in full costume and makeup as The Cowardly Lion: 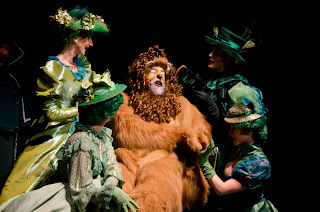 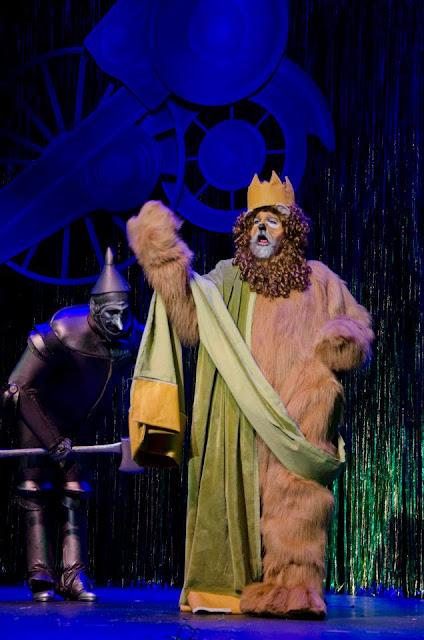 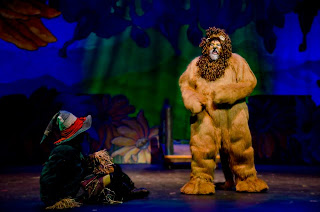 Voice actor Dana Snyder heads back to the stage

To do so, the man best known for his 13-year role as the animated milkshake, Master Shake, on Adult Swim’s Aqua Teen Hunger Force is trading in the isolated sound booth for the live audience at Arrow Rock’s Lyceum Theatre.

After starring as Max Bialystock in the 2010 production of The Producers, Snyder, 39, is returning to play the Cowardly Lion in The Wizard of Oz (June 7–16). He will also take on the lead roles of Tevye in Fiddler on the Roof (June 22–30) and Rick Steadman in The Nerd (July 27–Aug. 3).

Snyder is happy to act in a theater setting again.

“I love it,” Snyder says. “Ninety-nine percent of what I do is voice-over for cartoons and things. It’s the greatest job in the universe, but before I even got into cartoons, I was a theater person.”

In the summer of 1994, following his sophomore year at Webster University in St. Louis, Snyder performed in five different plays at the Lyceum Theatre. After earning a degree in musical theater, Snyder continued to dabble in theater on small stages such as the Hope Summer Repertory Theatre in Holland, Mich., but soon began to lend his talents solely to animated characters.

Snyder fell into his first voice role of Aqua Teen Hunger Force’s milkshake when a college friend recommended him and his interesting voice for the role. Snyder says he and his cartoonish voice found recording to be an instant fit.

“When you’re playing voice characters, you’re not limited to a physical experience,” he says. “In voice-over, you can be anything from a milkshake to a hockey stick.”

Peter Sargent, dean of the Leigh Gerdine School of Fine Arts at Webster University, says he is not surprised Snyder chose to lend his voice to quirky animated characters.

“He’s worked very hard to be a good actor,” Sargent says. “He primarily does the comic roles because he’s just inherently a funny guy.”

Quin Gresham, Snyder’s college friend and Lyceum Theatre’s artistic director, asked him to return to star in The Producers in 2010 after a 16-year absence from the Lyceum stage. Snyder returned again for Damn Yankees, The Sound of Music and Run for Your Wife in 2011.

Gresham says Snyder has been a staple at the Lyceum because of his ability to relate to all of his characters on a human level.

“The great thing about Dana is he understands comic roles not just in terms of getting laughs but in terms of how they serve the play,” Gresham says. “Because he’s so smart about how he approaches these things, he mines so much more laughter out of the show.”

Snyder’s comedic background comes from a fascination with old-time vaudeville actors such as comedic farce legend and the original 1939 Cowardly Lion, Bert Lahr. “That’s something that Dana is trying to recreate,” Sargent says.

Snyder says he is excited for all three characters, especially his reprise as the somber yet comedic role of the Cowardly Lion, which he played at the Hope Summer Repertory Theatre several years ago.
His preparation to play Tevye, though, forced him to take things to a physical level. He grew out a long scraggly beard to play the Jewish father of five daughters.

“I am unshaven as of about 4 1/2 weeks,” Snyder says. “My beard is only going to get longer and more disgusting. I’ve been mistaken as a hipster — all I need is a fedora and a handlebar mustache.”

Gresham says audiences will see his friend display a sympathetic charm to complement his comedic instincts.
“That character does require so much humanity,” he says. “As a result, he’s going to be even funnier because he won’t just be playing for the laughs; he’ll be playing the character’s truth.”

For Snyder, living in a town with a population of 56 will be worth it for one more summer at the Lyceum.
“It’s a very welcoming environment to work in,” he says. “Do I like driving 45 minutes to get a roll of toilet paper? No. But the theater’s great, and the town is great. I just wish there was a Target behind the theater or something.”


Thanks to Jon Eadler for letting me know about these photos and this article.
Posted by Guy Hutchinson at 9:01 AM

Dana Snyder as a furry? SOLD!