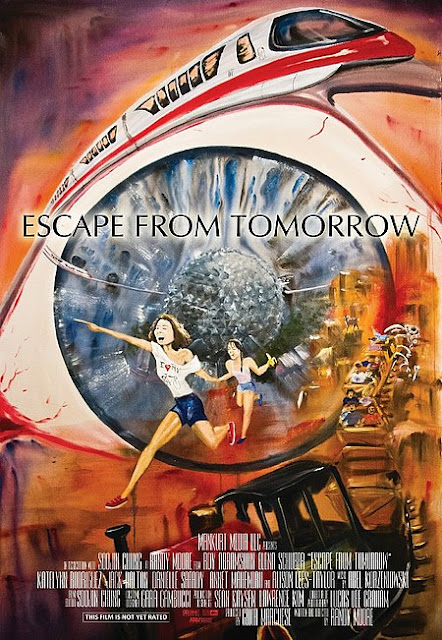 The black-and-white horror-fantasy film debuted at the Sundance Film Festival.

It gives a dark look a man's descent into madness at a Disney resort. 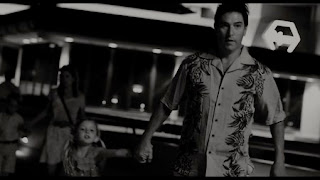 The film was shot guerrilla style on location at both DisneyLand and DisneyWorld resorts, without permission.

Here is the plot from Wiki:

Shortly after waking up on the last day of a family vacation at Walt Disney World in Florida, Jim White (Roy Abramsohn) gets a call from his boss, who tells him that he has been laid off. He keeps the news to himself in order not to spoil the family's remaining time at the resort. While lounging at the swimming pool, he sees two French girls in their early teens jump in, and starts to develop an interest in them. After his son intentionally locks him out of the family's hotel room, he takes his daughters to the rides of the Magic Kingdom to spend time away from his nagging wife.
Their paths frequently cross the two French girls, whom Jim tries to keep up with. White's son, working with a wheelchair-bound man, make attempts on his life. The Disney characters and paraphernalia start to seem sinister and surreal, and White starts to have disturbing visions, such as the animatronic characters' faces changing and the Disney Princesses doubling as escorts for wealthy Asian businessmen visiting the park. He is not sure if what he sees is real, or if he is just having a breakdown.

Posted by Guy Hutchinson at 8:37 AM