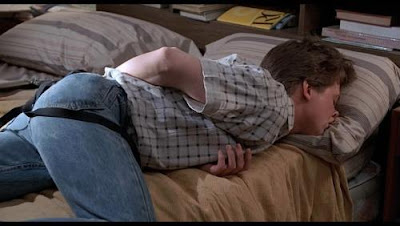 In case you wanted to read more about the sleep stuff Dana and Ken were chatting about:
Biphasic sleep (or bimodal or bifurcated sleep) is the practice of sleeping during two periods over 24 hours, while polyphasic sleep refers to sleeping multiple times - usually more than two.[1] Each of these is in contrast to monophasic sleep which is one period of sleep over 24 hours. Segmented sleep and divided sleep may refer to polyphasic or biphasic sleep, but may also refer to interrupted sleep where the sleep has one or several shorter periods of wakefulness. A common form of biphasic or polyphasic sleep includes a nap, which is a short period of sleep, typically taken between the hours of 9am and 9pm as an adjunct to the usual nocturnal sleep period.

The term polyphasic sleep was first used in the early 20th century by psychologist J. S. Szymanski, who observed daily fluctuations in activity patterns (Stampi 1992). It does not imply any particular sleep schedule. The circadian rhythm disorder known as irregular sleep-wake syndrome is an example of polyphasic sleep in humans. Polyphasic sleep is common in many animals, and is believed to be the ancestral sleep state for mammals, although simians are monophasic.[2]

The term polyphasic sleep is also currently used by an online community that experiments with alternative sleeping schedules to achieve more time awake each day. However, researchers such as Piotr Woźniak warn that such forms of sleep deprivation are not healthy.[3] While many claim that polyphasic sleep was widely used by some polymaths and prominent people such as Leonardo da Vinci, Napoleon, or Nikola Tesla, there are few reliable sources supporting that view.[4]
From WIKI
Posted by Guy Hutchinson at 9:29 AM

I enjoyed reading this article. PLease continue publishing helpful topics like this. Regards, from https://beddingstock.com/