On the most recent Ken PD Snydecast Ken and Dana talk about The Aristocats. It's one of the more underrated Disney flicks. It's a fun time with lots of engaging characters and solid music.

The film has three kittens at the center of the plot and they have all appeared at Disney parks. 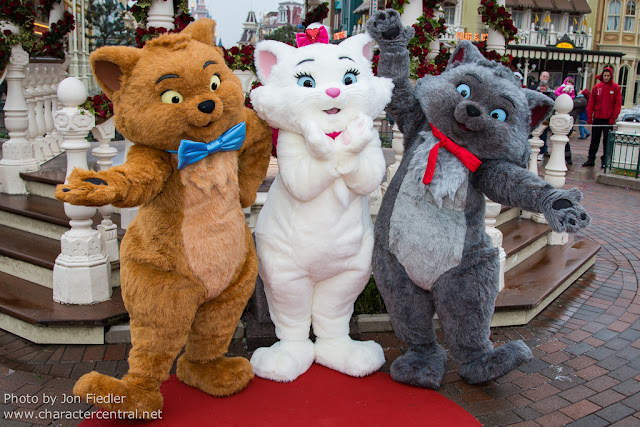 However, Marie is far and away the most popular particularly in Tokyo Disneyland. 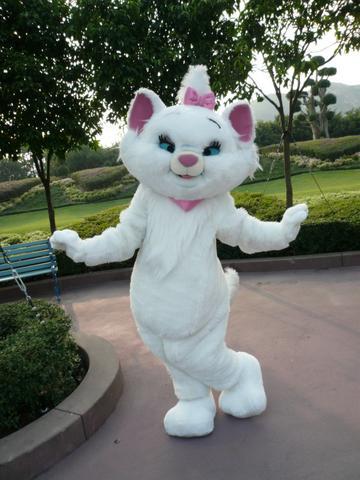 There are a few possible reasons. For starters, her name is easier to pronounce. The other two are named Toulouse and Berlioz. Also, there is always a demand for more female characters in the parks.

I've also heard that in Tokyo she was initially popular because she sorta looks like Hello Kitty and that led to her being popular in her own right. I don't recall where I heard that. Possibly I dreamed it.

Posted by Guy Hutchinson at 5:56 AM