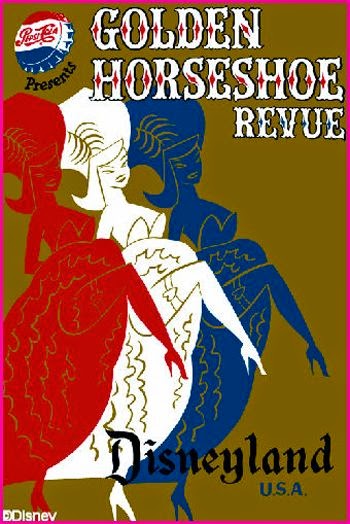 FROM WIKI:
The Golden Horseshoe Stage (referred to as Pecos Bill's Golden Horseshoe Saloon during construction) opened in 1955 with several other original attractions at Disneyland Park in Anaheim, California. Over the years the venue has housed multiple stage shows; it currently shows Laughing Stock and Company seven days a week. The "saloon" is located in Frontierland and has a picturesque view of the Rivers of America, New Orleans Square and part of Critter Country. 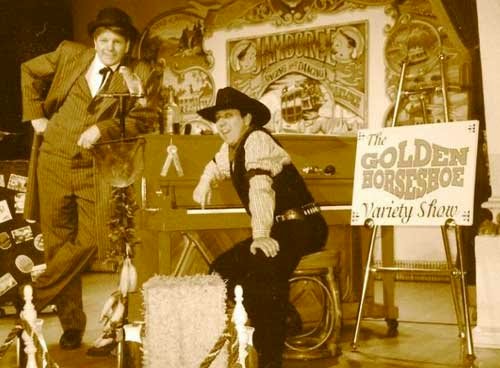 Golden Horseshoe Variety Show
This show featured the comedy and magic talents of Dana Daniels. It ran from June 13, 1995 until October 8, 2003. It starred Dana Daniels, Richard Allen, Hal Ratliff and many others over the years.


Here is a video of Dana Daniels with Luigi the Psychic Parrot:

Posted by Guy Hutchinson at 5:51 AM