CABIN FEVER #87: To Kill A Leprechaun

CABIN FEVER #87: To Kill A Leprechaun features Ken Plume as a guest. The show was released 2 years ago this week.

Ken joins Brian Fitzpatrick and Aaron Poole for a long episode that transitions from topic to topic but spends a good amount of time talking about leprechauns and THIS SITE specifically.

On that site, irelandseye.com, you can look at "The leprechaun fairy watch webcam is in a hidden location in the field in Tipperary, Ireland. This is an enchanted area, well known for magical associations. There is fairy ring close-by and you may see leprechauns and other Irish fairies such as pookas, banshees and merrows." 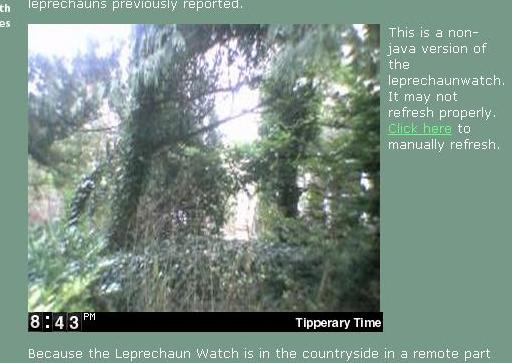 It kinda looks like that all the time. It does get darker at night.

They also talk about this video where you can see a leprechaun can't see a damned thing.


Ken is also amused by this anti-climactic video described as "This video was taken over the period of one day using a time-lapse camera at the site of the leprechaun watch. During this period various creatures put in an appearance. None of them is thought to be a leprechaun."

Also Ken mentions you can get your own Leprechaun Watching certificate at this site: 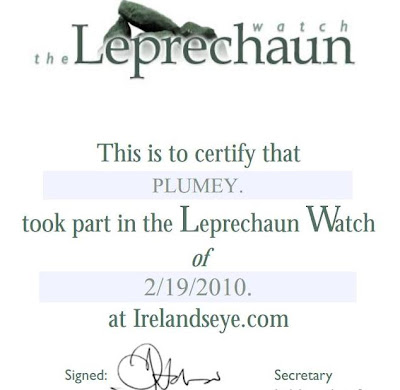 Go ahead and check out CABIN FEVER #87: To Kill A Leprechaun, it's a lot of fun.
Posted by Guy Hutchinson at 12:02 PM