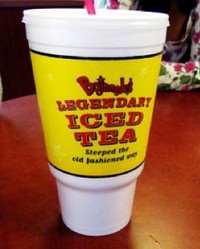 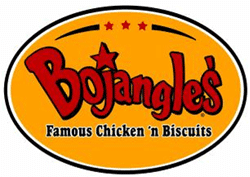 He wonders if it ever had a tap dancer on the logo. The chain opened in 1977. I found this logo, but I don't think it's for the same restaurant: 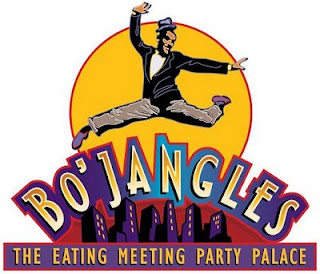 Also, there is debate as to whether Ken and Brian Fitzpatrick went to Bojangles or Chick Fil A on a traveling Snydecast during Dragon*Con 2008.

It was Chick Fil A.

I talked to Brian about that show over the summer:


Updated! From 2010:
Irishman Aaron Poole is force fed a variety of American delicacies during the 2010 Red Nose Net excursion in Atlanta, Georgia. Ken Plume and Widgett Walls are there to hold his hand and laugh in his face.

As Aaron Poole says in the comments "I also took a trip to Bojangles with Ken. We filmed my first ever visit"

I also took a trip to Bojangles with Ken. We filmed my first ever visit:
http://www.youtube.com/watch?v=aBZjhfqOlho

Nice! I hadn't seen this! I am embedding now.