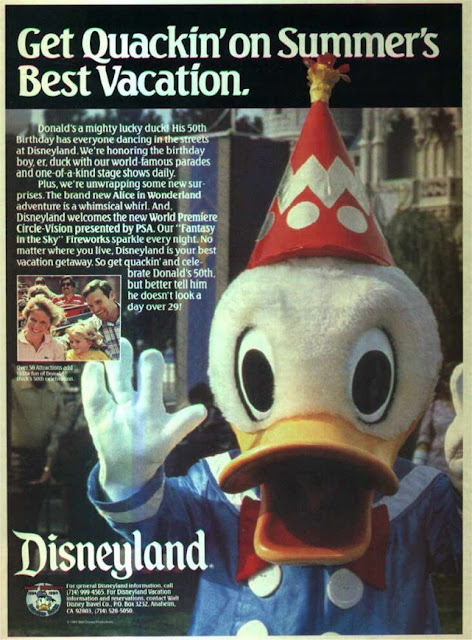 According to Disney Dispatch:

Fifty live ducks were used in one of Donald's birthday parades, but I don't know how they were used. One report claims they marched down Main Street, U.S.A. wearing party hats. Other reports claim they road on a parade float. I've only been able to find a single image of the ducks.

Did any of you see this parade in person? I'd love to know whether the ducks performed daily in the parks, or whether they were just used in the broadcast of the parade seen on CBS.

Here is video of the parade from the CBS broadcast:

Slightly related, here is a picture from carlbarksart.com with a picture of Disney Legend (and one of Ken's favorite artists) Carl Barks: 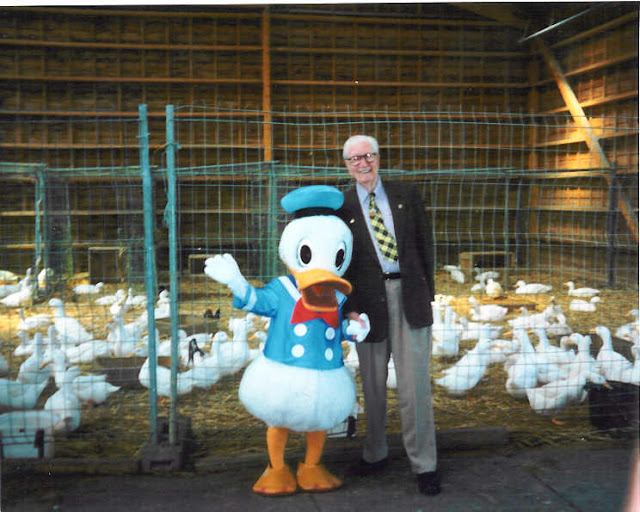 The caption reads:
Carl Barks with Donald Duck and hundreds of live ducks after waling with them in a parade at Disneyland Paris.
Posted by Guy Hutchinson at 4:00 AM