"Let me tell you this, there are some fat slobs at the Hometown Buffet." Dana Snyder

On On KEN P.D. SNYDECAST #173: Breakfast Nachos Dana talks about his routine at Hometown Buffet.

First he gets nachos. He puts the nachos right on the plate with spicy cheese sauce on top. Next is the main portion of the meal, a large salad. The salad includes spinach, beets, little corn, little peas, onion, hard boiled egg and sesame seeds sunflower seeds. After that he is basically full, but he gets a little extra. The most recent time it was 1 chicken wing & 1 small scoop of mashed potatoes and gravy.

If anyone asks you why you love the Snydecast, don't show them the above paragraph. Assure them that Dana and Ken ponder the issues of the day with a poignancy few people have.

I found a mediocre commercial for the restaurant online. Since some of you probably skip the videos, I am going to break it down for you. 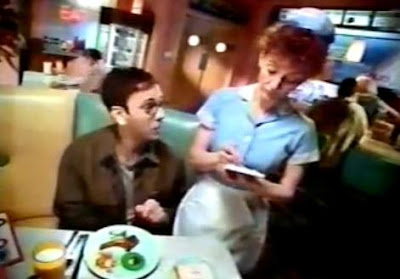 Then she get's all up in his face saying "Girlfriend, you did not just say that I made a mistake. I don't never make a mistake." 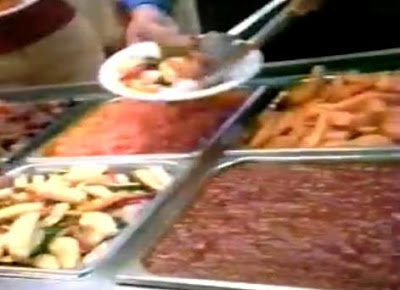 Then the announcer says "Screw that! Go to a buffet."

Then they explain in detail what a buffet is. "You don't order, you just choose."

Then they show this couple: 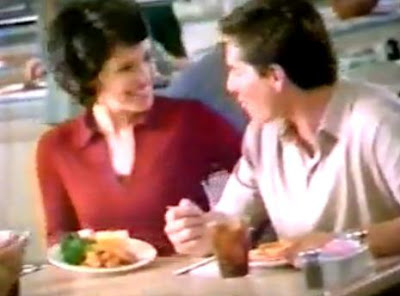 See, people don't go to the buffet ALONE like that tool at the beginning of the commercial. People that eat at buffets also get babes. FACT! 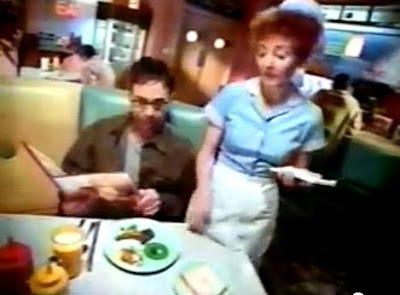 To drill home the point we see this dork again showing her what he ordered off the MENU! Menus are stupid. Hometown Buffet has no use for them. 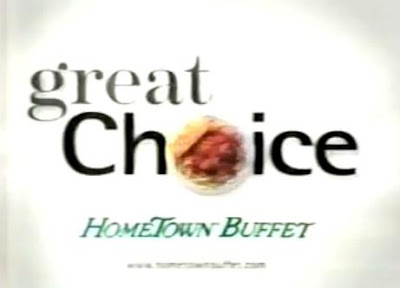 Yep, the buffet is pro-choice. Notice the plate of spaghetti they use as an "o", brilliant.

Now go watch it:
Posted by Guy Hutchinson at 4:14 AM