The boys lit up Twitter last night with some newsworthy Tweets. First was Dana making a rare Twitter appearance:

Yep, you can see Dana in person at the D23 Expo tomorrow at 3pm! 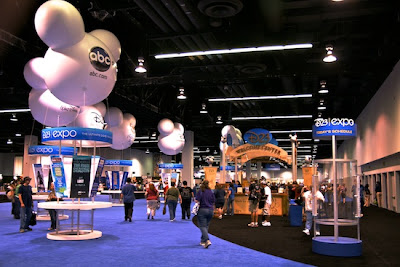 D23 is the biggest Disney convention you could imagine.

All the stars are there and you can catch glimpses of new shows, movies and new theme park attractions.

Speaking of which, D23 is in Anaheim (home to Disneyland) and if you aren't able to get a ticket to D23, I will bet you dollars to doughnuts you can find Dana in line for the Casey Jr. Circus Train at 4:15pm.

I am sure she will be happy to see members of the Snydecast "television audience".


Meanwhile, Ken sent out a tweet about DragonCon with info on a panel he will be taking part in:

Plus, Ken told us about upcoming episodes of "A Bit of a Chat":