Twitter: The "What Movie is Ken Watching While He Works" Game

Over on Twitter Ken brought back a interactive game he used to play with his followers. Ken shows you stills of the movie he is watching and you try and guess what it is.
(You may remember that this was once mentioned on the Snydecast.)

Here is the series of tweets from the other night: 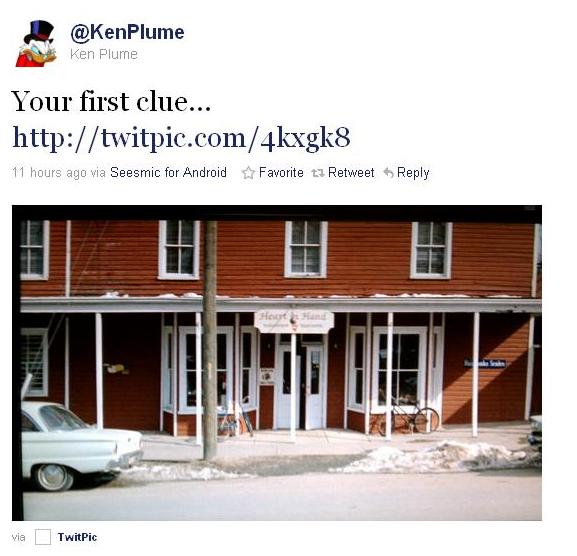 I added the blanks in case you don't want the answer spoiled. 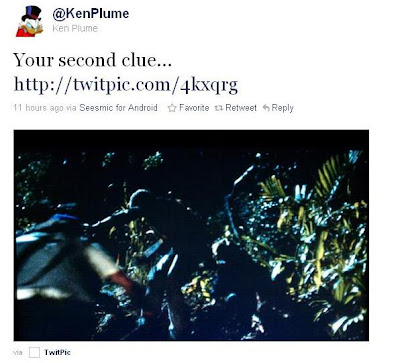 Too easy! It's Starship Troopers 2: 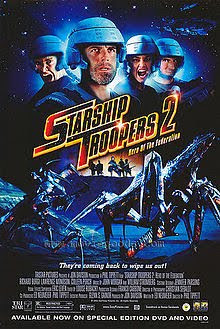 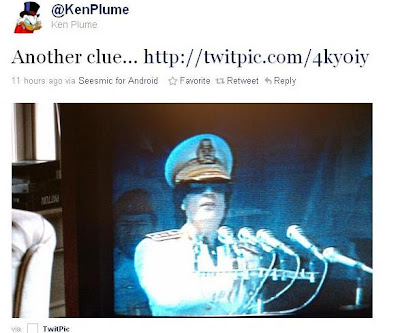 I see. It's that Gaddaffi I keep seeing advertised during the news: 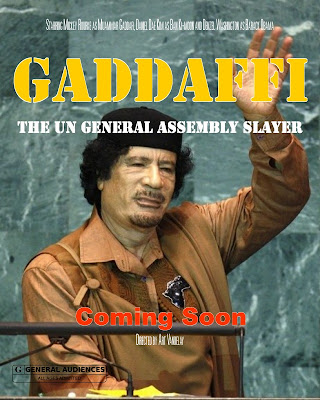 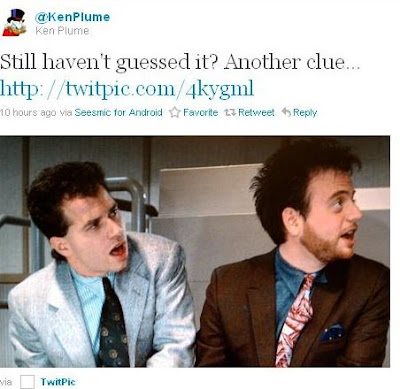 Huh. Well, it's not a Pixar film. Hmmmm. I think at this point you either know the movie or you never will guess it: 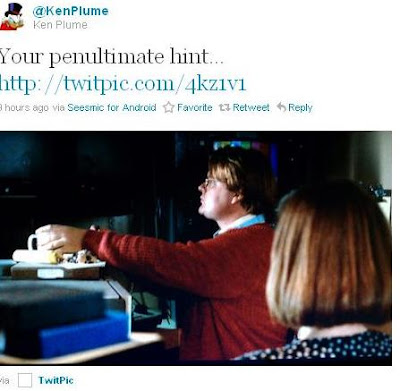 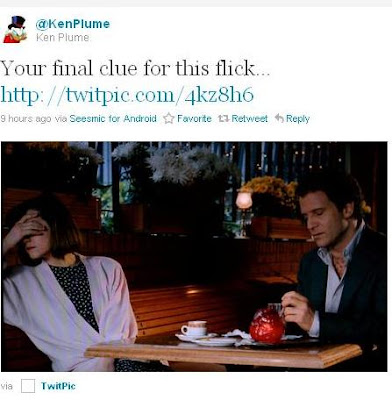 To follow Dana, Ken and anyone else involved with The Ken P. D. Snydecast click here.
Posted by Guy Hutchinson at 3:07 AM