On the newest Snydecast the boys talk about the TV pilot Heat Vision and Jack. 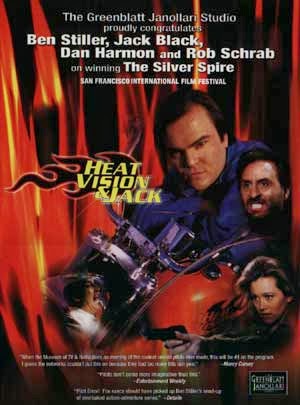 Heat Vision and Jack is a 1999 comedy/sci-fi television short directed by Ben Stiller and starring Jack Black, Owen Wilson, and Ron Silver. Christine Taylor and Vincent Schiavelli guest starred in the pilot episode, the only episode filmed. While the Fox Network didn't pick up the show, the pilot gained a cult status and an online following.