On the latest Ken PD Snydecast Dana mentions that one of the museums in England has "The Rosetta Stone." 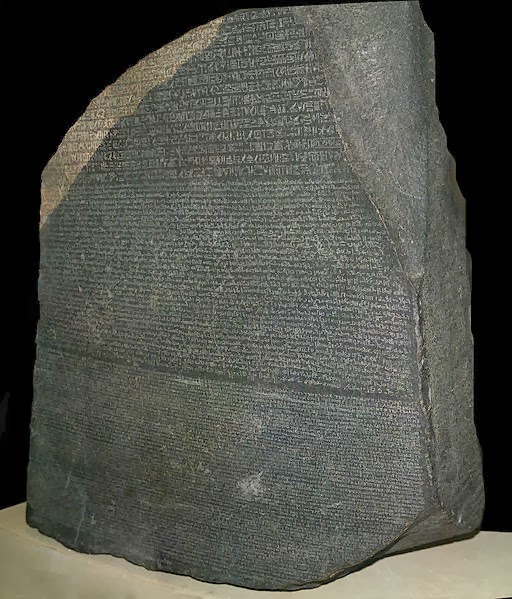 Here's some stuff I cut and pasted from Wikipedia:
The Rosetta Stone is an ancient Egyptian granodiorite stele inscribed with a decree issued at Memphis in 196 BC on behalf of King Ptolemy V. The decree appears in three scripts: the upper text is Ancient Egyptian hieroglyphs, the middle portion Demotic script, and the lowest Ancient Greek. Because it presents essentially the same text in all three scripts (with some minor differences among them), it provided the key to the modern understanding of Egyptian hieroglyphs.
In July 2003, on the occasion of the British Museum's 250th anniversary, Egypt first requested the return of the Rosetta Stone. Zahi Hawass, the former chief of Egypt's Supreme Council of Antiquities, asked that the stele be repatriated to Egypt, urging in comments to reporters: "If the British want to be remembered, if they want to restore their reputation, they should volunteer to return the Rosetta Stone because it is the icon of our Egyptian identity".[72] Two years later in Paris he repeated the proposal, listing the stone as one of several key items belonging to Egypt's cultural heritage, a list which also included the iconic bust of Nefertiti in the Egyptian Museum of Berlin; a statue of the Great Pyramid architect Hemiunu in the Roemer-und-Pelizaeus-Museum in Hildesheim, Germany; the Dendara Temple Zodiac in the Louvre in Paris; and the bust of Ankhhaf from the Museum of Fine Arts, Boston.[73] During 2005, the British Museum presented to Egypt a full-size replica of the stele. This was initially displayed in the renovated Rashid National Museum, close to the site where the stone was found.[74] By November 2005, Hawass was suggesting a three-month loan of the Rosetta Stone, while reiterating the eventual goal of a permanent return;[75] in December 2009, he proposed to drop his claim for the permanent return of the Rosetta Stone if the British Museum loaned the stone to Egypt for three months, for the opening of the Grand Egyptian Museum at Giza in 2013.[76]

I didn't even bother to remove the little numbers.


This was far more interesting to me. Remember when Halle Berry played "Sharon Stone" in The Flintstones? 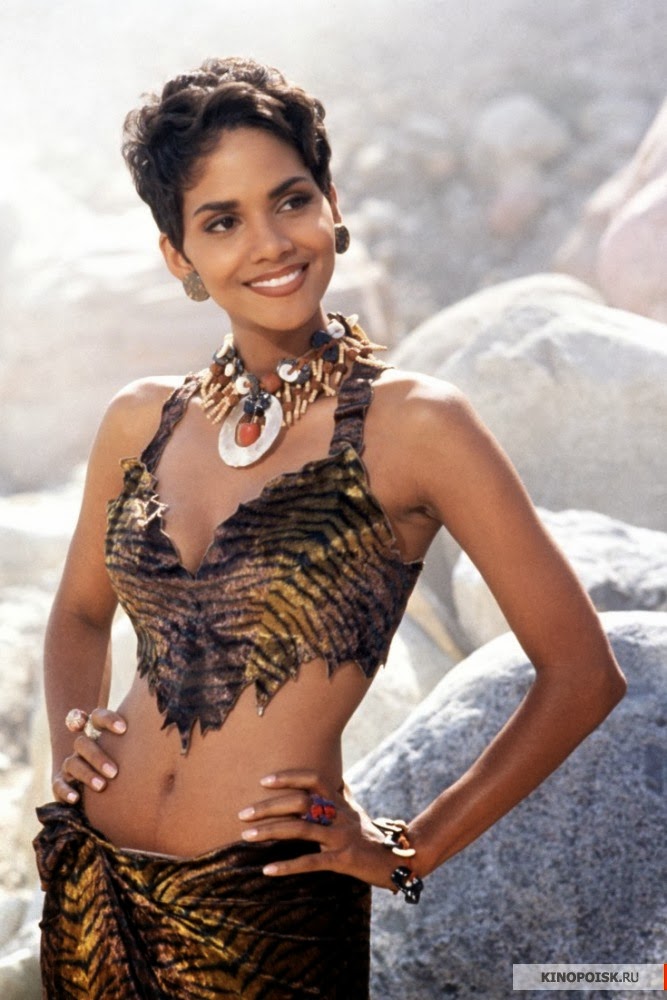 Well, I think at some point the character was named Rosetta Stone because a number of early reviews mention that. Or maybe they say it in the movie. I don't remember because I was staring at her belly button.

I did find this from the Philadelphia Inquirer:
LETTERS Just Stone me!

I recently wrote concerning the Halle Berry poster in the Nov. 22 paper and criticized you for saying that the name of her character in "The Flintstones" was Sharon Stone. I thought it was Rosetta Stone (a better choice, if you ask me).

However, I checked it out on the Internet and discovered that you guys were RIGHT - she was Sharon Stone. I apologize. I shield my eyes from your shining, infinite wisdom.

But why did you guys print my, uh, "correction?" I feel like a goof for writing that, but now people may think that what I said was correct. Oh, no - now I'm influencing public opinion. 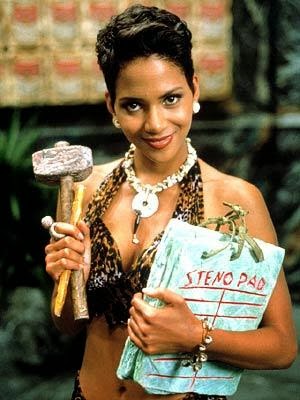 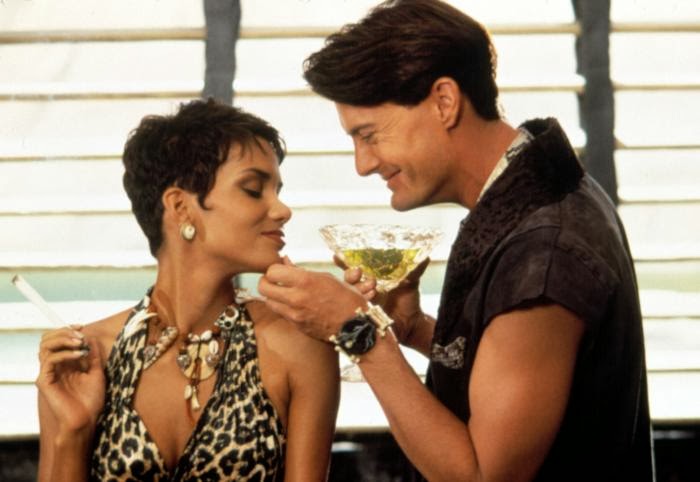 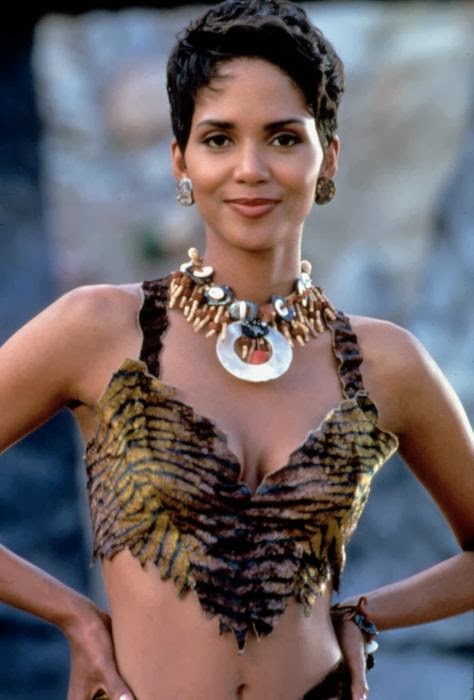 Well...you may be vindicated...Halle Berry herself said the character's name was Rosetta Stone last night on Jimmy Kimmel. I found this page because I remembered it as Sharon and ran to Google like a good millennial.