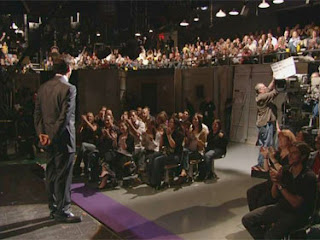 Ken was there to see an episode hosted Hilary Swank in February 2005. If you ever have a chance to catch a rerun listen closely and you may hear Ken laugh... or more likely, sigh.

Ken mentioned the former occupant of Studio 8-H, Arturo Toscanini. Toscanini was a famous conductor who became a household name when he began conducting the NBC symphony orchestra on radio.

Here is a picture of Toscanini waving his arms around: 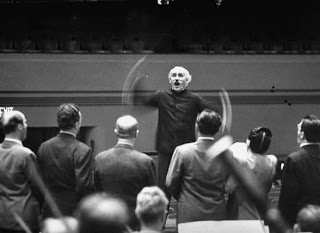 Here he is about to beat a camera with a stick: 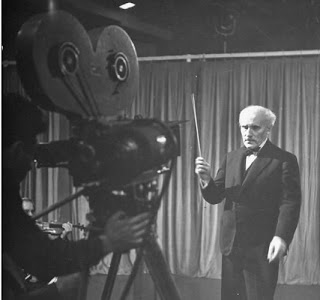 And here he is when he was a guest on the Ken P. D. Snydecast: 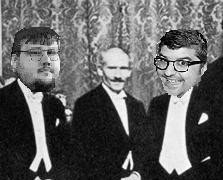 Toscanini died in the late 50s and the studio was later converted to be a space for TV broadcasts including Saturday Night Live.
Posted by Guy Hutchinson at 12:15 AM